The Stories and the Man: A Celebration of Jón Árnason’s Work as a Collector of Folk Narrative Conference arranged by The Árni Magnússon Institute for Icelandic Studies and the University of Iceland, 17–18 October 2019 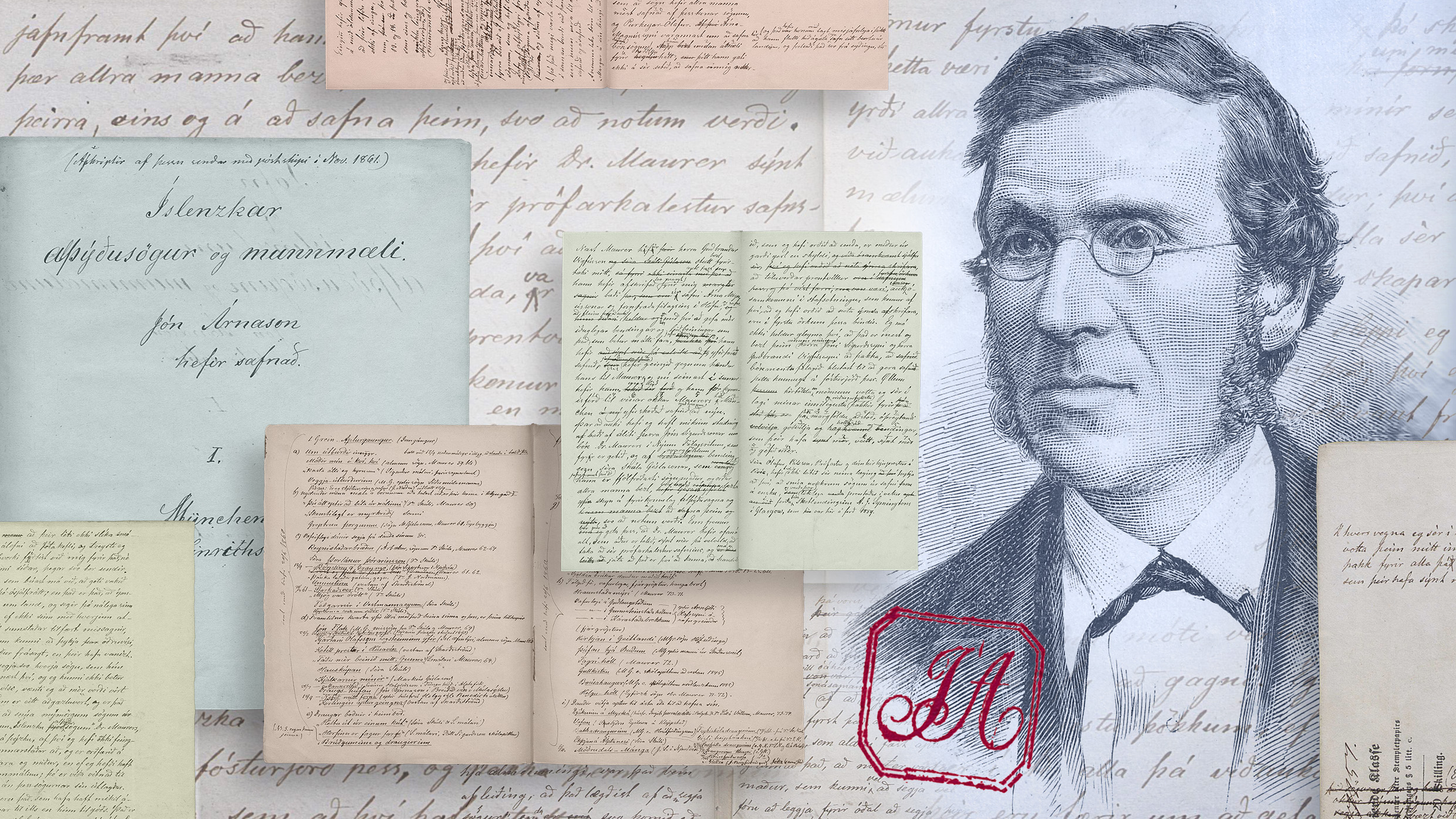 Joep Leerssen: A Hub Called Jón: On the transnational entanglements of cultural nationalists

In the course of the nineteenth century, intellectuals and artists emerged in all European and many non-European countries who engaged in consciousness-raising activities regarding their nation’s culture, traditions and the authenticity of its identity. They are usually seen as the cultural precursors of later political nationalists. What explains their (more or less) simultaneous emergence? Was it a Europe-wide or global modernizing shift in demographics, politics and communicative infrastructures? I will suggest, by focusing on Jón direct and indirect contacts within Iceland and further afield, thatdespite their focus on their own nation, these cultural nationalists were engaged in a transnationally communicated endeavour, and formed a network obeying a common intellectual choreography.

The influence of the Brothers Grimm on the collection of folk narratives is often seen to stem fromKinder- und Hausmärchen(1812-1815). Much less attention is given to the more obviously politicalDeutsche sagen, which followed in 1816-1818. This paper, stemming from a large international project on the influence of the Grimms in northern Europe in the nineteenth century, will focus on the long-term influence of the latter work which was directly associated with the romantic nationalistic movement, something clearly apparent from the “Introduction” and the use of the word “Deutsche” in its title. Within a year it had set off a cultural tsunami of folk tale collection in not only the Nordic countries, but also in Ireland and Scotland which focused mainly on folk legends, material which would play an active role in the creation of new forms of national literature, art, and music in many of the countries involved. This process will be introduced in this paper, which will consider the close connection between the “Ripples” and the appearance of Íslenzkar þjóðsögur og æfintýri. Some consideration will also be given to why certain countries such as England and France were not as involved in this process of “creating” new forms of national culture.

14:10–14:50 Júlíana Þóra Magnúsdóttir: “On the knees of women”: Approaches to Female Storytellers in Nineteenth Century Iceland

Peter Christen Asbjørnsen’s (1812-1885) cultural network was extensive and varied. Through a widespread correspondence he communicated with artists, scientists, politicians and others around Europe and beyond and exchanged ideas, thoughts and folklore materials. This paper will present some aspect of his networking and what topics occupied this network the most.

The digitalization of the tradition archives implies great possibilities, not least regarding searching the collections, and spreading the material. At the same time, the digital technology gives that ethical questions becomes crucial. This talk will present an on-going project with the aim to digitalize and give digital access to the collections of the Institute for Language and Folklore. Three parts of the project will be presented in more depth: Dialektkartan(The Map of Dialects), Sägenkartan, (The Map of Legends), which aims at a wider audience, and Digitalt Kulturarv (Database of Intangible Cultural Heritage), which is intended for research.

This paper will describe recent work on Sagnagrunnur: A geographically mapped database of Icelandic folk legends[1], especially in relation to the project “Íslenzkar þjóðsögur og æfintýri: Tilurð, samhengi og söfnun 1864–2014” whose aim is to document the collection and publication process of Jón Árnason’s Íslenzkar þjóðsögur og æfintýri (1862-1864). During the project, the database Sagnagrunnur has been extensively enriched with more data types, such as transcribed letters, manuscript references and more detailed information about the lives of the persons related to the legends and the collection process.
[1] http://sagnagrunnur.com/en

Working on the heels of Jón Árnason’s remarkable collection of Icelandic legends, Evald Tang Kristensen, a rural Jutlandic schoolteacher, criss-crossed Denmark making nearly 275 field collecting trips as he developed his collection of Danish legends. In a brief overview of Tang Kristensen’s work, I explore how geographic-information systems and simple network models can help us understand the complexities of not only his collecting practice but also the motivations behind the storytellers’ performances. The goal of this computationally based work is to develop a macroscopic approach to folklore, allowing us to recognize patterns at different scales of analysis. In so doing, the hope is to come closer to a thick descriptive approach to the historical archive, affording us the opportunity to understand why people told the stories they did to Tang Kristensen. Such an approach echoes recent work on other Nordic collections, including Jón’s collections, and speaks for the need of a coordinated, northern European effort.

Maria Tatar: Enchantments, Spells, and Curses: The Sorcery of Stories and the Magic in Them

Has the status of magic declined? Where do we find magic in a world that Max Weber famously declared to be disenchanted? Fairy tales work their magic by suspending the laws of the natural world, giving us talking skulls, peach boats, gingerbread houses, and gold spun from straw. In their immersive worlds, characters also cast spells and curses, using words to heal and make whole, but also to injure and harm. By enshrining the authority of language and its capacity to alter reality, fairy tales self-reflexively validate the transformative power of story.

Wonder Tales and Storytelling
10:45–11:25 Rósa Þorsteinsdóttir: ‘So is All the World a Story’: Storytellers and their Tales
My research on eight Icelandic storytellers showed that it is easy to find out how the tales reflect the storyteller’s natural and social surroundings. I also found traces of some of the storytellers’ own life-experience in their tales and in some cases they use the fairy tales, probably unknowingly, as a way to express symbolically their feelings about this experience. In that way it is possible to look at the fairy tale partially as a storyteller’s self biography. These storytellers were recorded on tape in the 1960s and 1970s and I now wonder if it is possible to see the same traits in the repertoires of storytellers that we find in the written collection of Jón Árnason, which is 100 years older.

Fairy tales’ popular reputation, bolstered by Walt Disney films, is of quintessential and uncritical support of heteropatriarchy, conventional sexualities, and ableism. Yet desire in fairy tales commonly extends beyond apparently confined boundaries of ability, sexuality, and species. Here, I draw on feminist, queer, crip, transgender, and transbiological theories to work through versions of “Hans My Hedgehog” (ATU 441/425/425A) appearing in the Grimms and in Jim Henson TV’s The StoryTeller as they exemplify transgressive and deviant desires. I demonstrate how fairy tales in these transcultural and transhistorical versions and manifestations can offer not the anodyne fare of Disneyfied American capitalism, but the prospect of a literally unlimited world.

In this paper, I will explore how new tales emerge from the roots of the older ones, and how the old material is manifested in the new ones. The focus will be on context-specific units of mytho-heroic episodes and their later representations. Examples will be taken from two medieval works, Völsunga saga and Þiðreks saga af Bern, and selected motifs will be compared to Icelandic fairy tales. The comparison reveals that the culture-specific units of Old Norse tradition do not clearly connect with the type systems of classic folkloristic research, as their basic function is dependent on the narrative form. Rather than being cross-cultural, these seem to emerge as culturally distinct and remain intimately connected to particular historical usage.

13:55–14:35 Cristina Bacchilega: At the Multiple Crossroads of Wonder Tales and Contemporary Fiction

I approach wonder tales and their adaptations as produced and processed in a web of connections that are hypertextual, multimedial, intermedial, historically situated, and ideologically multivocal. These links depend on migrant stories, culturally located knowledges, and often counter-hegemonic desires that adapters and audiences alike bring to the experience of retelling. Methodologically, approaching adaptations in such a web opens up possibilities for mapping multiple traditions within the history of the fairy tale and in some cases tracing this genre’s ties with non-Euro-American wonder genres. My talk focuses on a few wonder-tale adaptations at the crossroads of different traditions to sketch how they intervene in contemporary American literature, picture books, and Hawai‘i YA fiction.

15:15–16:00 Eilis Ni Dhuibhne Almqvist: Midwife to the Fairies: My life as a folklorist and creative writer in Ireland and the world

An account of the relationship between folklore and literature in contemporary Ireland in general, and to my relationship to folklore in particular. I will describe my introduction to folktales and legends, my initial separation of my creative writing from folklore, and my subsequent use of folk legends and folktales in my fiction and drama. I will refer to the stories ‘Midwife to the Fairies’, collection The Inland Ice, to my Irish language play, Dún na mBan Trí Thine, and to my novels Hurlamaboc and Dordán. The relevance of traditonal narrative for contemporary writers in Ireland will be discussed, and some comments on differences of attitude to tradition by Irish and Icelandic writers will be made.

On the influence of reading Jón Árnason’s folk story collections on my unhardened young mind in the years 1970-1972 and the resulting consequences of flæðarmús, skuggabaldur, tilberi and loðsilungur taking up residency therewithin.